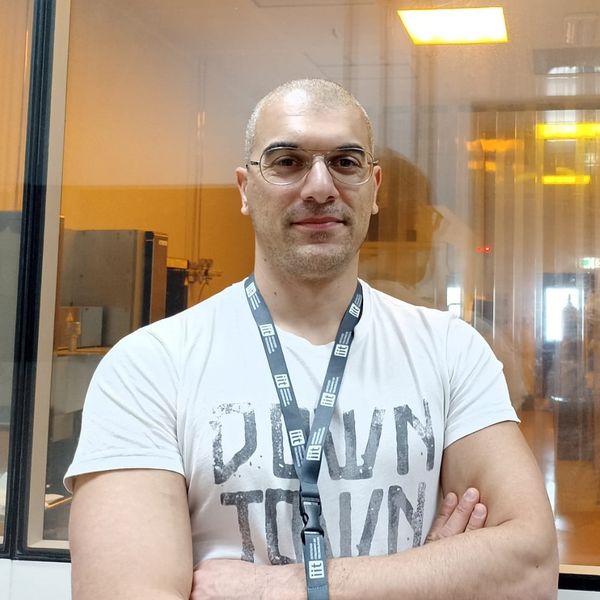 Vincenzo M. Mastronardi received the M.S. degree in Ingegneria delle Telecomunicazioni in 2012 at the Università del Salento, Lecce (Italy), disserting a thesis on "Sensori MEMS per Forza di Taglio". In 2016 he earned his Ph.D., carrying out the Doctoral program in Material Science and Technology at Center for Biomolecular Nanotechnologies (IIT), Lecce (Italy) and receiving the degree of High Qualified Research Doctor in Nanotechnologies and Nanostructured Innovative Materials from Scuola Interpolitecnica di Dottorato (SIPD), Torino (Italy) with a thesis on "Piezoelectric Transducers Based on Aluminum Nitride and Polyimide for Tactile Applications". From 2016 to 2021 he was a post doc at the Center for Biomolecular Nanotechnologies (IIT), Lecce (Italy), working on implantable sensors based on Aluminum Nitride for monitoring heart activity, swallowing for early detection of dysphagia disease, and smart patches for monitoring vital parameters and sleep of astronauts. Since 2022 he is a researcher (RTDa) at Department of Innovation Engineering of Università del Salento, Lecce (Italy), working on design and testing of wearable sensors based on piezoresistive and piezoelectric materials and inertial sensors for monitoring human physiological parameters and joint movements. Moreover, his research interests include flexible MEMS, pressure and force sensors and piezoelectric energy harvester devices.